I decided it’s time for me to stop dismissing my feelings and wearing a straight face because, honestly, it’s exhausting having to keep it together all the time.

I need to start dealing with my heartbreak and sitting right here in my feelings. I’m human and I’m allowing myself to be just that. Walking through my hurt is the only way I can heal.

The hardest pill to swallow is realizing the one you love with every bit of your soul doesn’t really feel the same way about you.

I just knew I had love all figured out but everything I dreamed of having with him crumbled into pieces right in front of me and I could not prevent it. Nothing I could have said or done would have changed the outcome and that really fuels the anger and hurt I’ve been feeling. It bothers me when I’m not in control of a situation.

I was so certain that we were working toward the same goal of taking our relationship to the next level, and I was so confident that he wanted the same thing. I could not be any more mistaken. We were on two different chapters. We weren’t even in the same damn book.

I have never felt heartbreak like this before. I’m forced to take things day by day, sometimes hour by hour.

I want to stay in bed all day and cry the pain away. I want to burst into tears at work while sitting in my cubicle and glaring at my desktop monitor. I want to drown my sorrows in another glass of chilled Merlot … or maybe some brown.

I am aching right now.

Everyone keeps telling me it will get better and I will look back and this will seem insignificant. That someone else will come along. I can’t even think that far ahead. Like Onika said, “When you in it you be thinking life is over!”

He was my first love, my first everything. He was supposed to be IT for me. We grew up together. We went from kids in full-blown puppy love to young adults trying to figure out our place in this world and fighting to keep our love afloat. Our lives were so entwined. We were family.

I still love him. A huge piece of me still wants to be with him. I want all of this to be some long, drawn-out, sick joke that went too far. For him to call me and say, “I messed up.”

But that’s not happening.

Life will not stop just because I have no clue where to go from here. I know I have to find a way to move forward. I haven’t the slightest idea when I will get through this, but I will.

I turned a quarter-century over the weekend and now that the celebrations are over and I’ve had time to recover, I wanted to share some of the things I’ve reflected on while counting down my bornday.

The last year of my 20-something life has been nothing short of eventful. I’ve been through upsets, resets and everything in between. I’ve questioned my purpose and had my faith tested too many times to count.

I’ve witnessed everything I was sure to be my romantic future shatter before my tear-filled eyes and slither away from my grip. As I’ve said before, I’ve had to repeatedly learn to accept that there are many things that aren’t in my control and I should refocus my energy on the things that are within my reach, like entertaining my interests and pursuing my passions.

“I’m finally realizing that I can be my own greatest obstacle but I’m instead choosing to be my biggest cheerleader.”

Year 24 was me fully stepping out of post-college limbo and into adulthood. Year 24 was me finding my voice and using it unapologetically, without having to walk on eggshells and be concerned with stepping on toes. Year 24 was the start of me claiming power over my existence and the vibes I put out into the world, rather than handing that power over to others who hadn’t thought twice about me and my feelings. 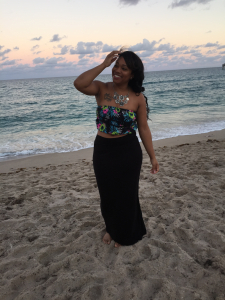 I’m not anywhere near having it all figured out, but I’m taking time to get better in touch with my needs and wants. I hear constantly how this is the time of my life that is meant to be lived a little selfishly. I have to focus on the things that bring me happiness and cut loose anything that is emotionally draining and counterproductive. I have to stop reciting excuses and grant myself more writing time. Most of all, I have to fall in love with ME.

At least once everyday since my birthday I find myself saying, “Damn, I’m twenty-five.” I can’t quite put into simple words why this age is so significant, but it feels amazing to me. Maybe it’s a combination of finally realizing that I’m not the naïve teen – or even the 20-year-old – I used to be and understanding that I still have more to learn and so much to accomplish. It could be that I’m finally realizing that I can be my own greatest obstacle, but I’m choosing instead to be my biggest cheerleader.

Whatever this feeling is, it makes all the bull I’m subjected to seem like insignificant little sticks in the sand.

I’m glad the people of the interwebs are engaging in an ongoing conversation about the problematic practice of catcalling and its lasting effect on women from all walks of life, but these talks haven’t dramatically changed, for the better at least, how I feel about the issue, and this is why:

No matter how much women – and some men, too – light up social media to scrutinize it, catcalling is here to stay.

Don’t get me wrong; I applaud women like Feminista Jones, Amanda Seales and Jessica Williams who are visible and vocal about the many, many ways catcalling is degrading and disrespectful, but the fact remains that for every guy who gets the message and chooses to change his behavior, there are tons more who couldn’t care less about perpetuating this ugly, uncomfortable reality.

Ever since I’ve dared to develop curves and cleavage, I’ve experienced more than my fair share of catcalling. As much as naysayers will label the statements spewing from every overly thirsty guy’s mouth as compliments and innocent flirting, I have never appreciated the extra attention, nor have I asked for it. And I won’t ever consider being ogled by complete strangers a compliment.

I’ve gone – and still go – to great lengths to avoid being catcalled:

None of the above courses of action seem to stop the street, store, [insert any other societal setting] harassment, which leads me to believe that catcalling won’t be quashed, at least for the foreseeable future.

Still, I want to know: Why do men continue to think it’s OK to demand attention from women who would like more than anything to just get from point A to point B in peace? You know, without being bothered??

As Seales so eloquently put it:

It’s really frustrating when something so serious as street harassment is watered down to simple “compliments” and flirting, when in the most extreme cases a woman can lose her life for rejecting a man’s advances.

But I’m hoping I’ll be around to see the day that a woman will no longer have to think twice about what she wears and where she walks, all for the sake of dodging some disrespectful douchebags.

In the meantime, in between time, I’ll rewatch Williams’ hilarious – and, sadly, accurate – catcalling segment from The Daily Show, “Jessica’s Feminized Atmosphere.”

The year isn’t quite over but I can already sum up my experience: 2014 has been a year of transitions.

I’ve gone through several necessary – and scary – changes. I’ve stepped out of the money-saving comfort and camaraderie of roommates and shared space and into the eye-opening, budget-busting, living-on-my-own phase of life.

I’ve realized that I can’t depend on anyone other than myself to make shit happen and create the life I want. I’ve started my fight of mutin 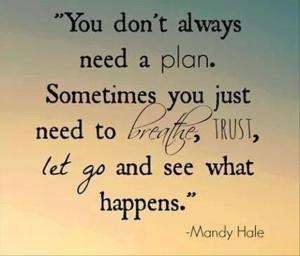 g the self-doubt that seems to find its way into almost every area of my life.

And, most importantly, I’ve started staring fear in the face and dealing with it, rather than cowering in a corner and letting it disable me.

Creating this blog was like pulling teeth. I mulled over it for a while, even sharing the idea with a few of my loved ones, but I couldn’t gather the gall I needed to just … DO IT.

Starting something new is easy to discuss but hard to get done. I’ve learned, forgotten and re-learned this truth over the past several months. If you’re Type A like me, you probably wholeheartedly believe you need to have some elaborate plan in place before you can take the first step on a new project. But that’s not always necessary – sometimes you just have to act.

Not everything has to be flawless the first time out; there’s always room for improvement. It’s your time and efforts on which you’re operating, so it’s fine to make it up and tweak it as you go.

At least, that’s what I’m telling myself these days.

Welcome to Crissi Untangled. This is me just doing something.