If this naturalista could describe her work in three words, they would be: raw, intriguing, and amorous.

A New York native and happily married mother of two, Artist Ria has commanded the attention of the social media community, fascinating thousands of Instagram followers with the standout style of her drawings and paintings. Most of her pieces are centered on the versatility within the natural hair community.

“I draw a lot of Afro art but I also draw a lot of abstract work. I guess you can call me an ‘everything artist,’” the artist shared in an interview with 4c Hair Chick.

Before my mind fully transitions into weekend mode, I wanted to take a few moments to reflect on what seemed like another whirlwind of a week and the pep talks I needed to get me through.

Here are three things I had to tell myself – in many cases, more than once – over the last few days:

1. You are more than capable. 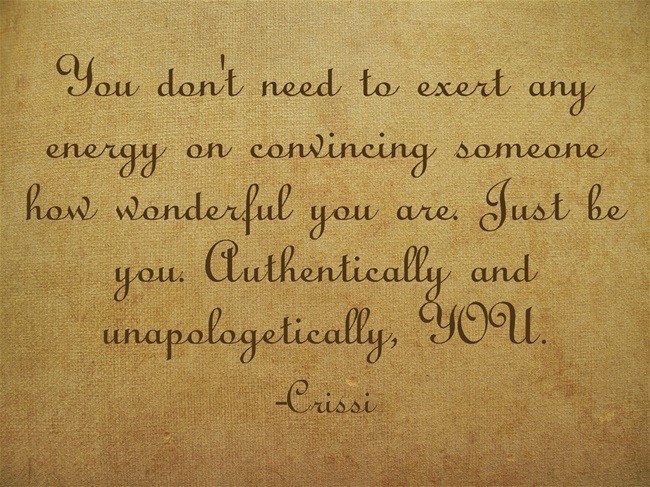 Self-doubt is an every-other-day demon in my life. I have to remind myself: Whatever the challenge or task, you have the ability to tackle it. Don’t let fears of the unknown continue to paralyze you. Don’t force yourself into a psychological meltdown by filling your head with worst-case scenarios of failure and fallout. As long as you put forth your best effort, that’s all that matters. You got this.

2. There are things in your life that you cannot control.

Huh?? About half of the time I hear this from my loved ones, it goes in one ear and out the other, which makes it a much harder pill to swallow when I muster up the courage to repeat it to myself. Those who know me well will tell you I’m a bit of a control freak, and even when it’s clear that I have lost the battle for control of any given situation, I still find it difficult to let go. I’m a worrier, but I’m learning and relearning that I can’t worry about the things that are out of my reach.

And not everyone can handle that. You don’t need to exert any energy on convincing someone how wonderful you are. Just be you. Authentically and unapologetically, YOU. Over the past few weeks I’ve been dealing with the unraveling of a relationship that I’ve cherished for years and it’s arguably been one of the most trying and teaching experiences I’ve gone through in my almost 25 years on this earth, and it’s still a struggle. But, as a friend reminded me: “sometimes God puts certain people in our lives for a season, while others are around for a lifetime.” Now is the perfect time for me to be a little selfish and focus on my awesomeness.

I hope at least some of my words have resonated with you in some way. I would love to know: What things did you tell yourself this week? Feel free to comment below. 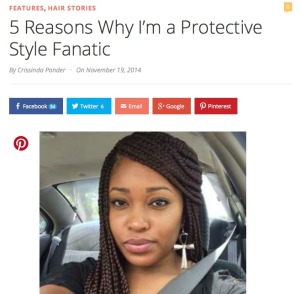 excited to share my first ever post for 4c Hair Chick, an online community and platform for women with Type 4 natural hair.

I’ve been wanting to step outside my comfort zone and write about hair for a while and now I’ve done it. I’m ecstatic about being part of the 4CHC team as a contributor; this is only the beginning!

Here’s the link to my post: 5 reasons why I’m a protective style fanatic. Enjoy!

I’m glad the people of the interwebs are engaging in an ongoing conversation about the problematic practice of catcalling and its lasting effect on women from all walks of life, but these talks haven’t dramatically changed, for the better at least, how I feel about the issue, and this is why:

No matter how much women – and some men, too – light up social media to scrutinize it, catcalling is here to stay.

Don’t get me wrong; I applaud women like Feminista Jones, Amanda Seales and Jessica Williams who are visible and vocal about the many, many ways catcalling is degrading and disrespectful, but the fact remains that for every guy who gets the message and chooses to change his behavior, there are tons more who couldn’t care less about perpetuating this ugly, uncomfortable reality.

Ever since I’ve dared to develop curves and cleavage, I’ve experienced more than my fair share of catcalling. As much as naysayers will label the statements spewing from every overly thirsty guy’s mouth as compliments and innocent flirting, I have never appreciated the extra attention, nor have I asked for it. And I won’t ever consider being ogled by complete strangers a compliment.

I’ve gone – and still go – to great lengths to avoid being catcalled:

None of the above courses of action seem to stop the street, store, [insert any other societal setting] harassment, which leads me to believe that catcalling won’t be quashed, at least for the foreseeable future.

Still, I want to know: Why do men continue to think it’s OK to demand attention from women who would like more than anything to just get from point A to point B in peace? You know, without being bothered??

As Seales so eloquently put it:

It’s really frustrating when something so serious as street harassment is watered down to simple “compliments” and flirting, when in the most extreme cases a woman can lose her life for rejecting a man’s advances.

But I’m hoping I’ll be around to see the day that a woman will no longer have to think twice about what she wears and where she walks, all for the sake of dodging some disrespectful douchebags.

In the meantime, in between time, I’ll rewatch Williams’ hilarious – and, sadly, accurate – catcalling segment from The Daily Show, “Jessica’s Feminized Atmosphere.”